AT SARGENT FARMS, WE ARE DEDICATED TO GIVING BACK TO THE COMMUNITY THAT SUPPORTS US. IT’S AT THE CORE OF WHO WE ARE AS A COMPANY. BELOW ARE A FEW EXAMPLES OF THE DIFFERENCE SARGENT FARMS IS MAKING IN OUR COMMUNITY.

Sargent Farms has always been dedicated to supporting the Milton District Hospital. Over the years, the company has made donations towards the CT Scanner and Holmium Laser campaigns, as well as being a major sponsor of the hospital’s annual fundraising gala. Since 1993 the Sargent family has donated over $560,000 towards various Milton hospital initiatives. In 2015 alone, Sargent Farms committed $250,000 to a new funding program that will support a major expansion of the hospital.

Beginning in 2014 Sargent Farms was pleased to become a supporter of the Muslim Welfare Centre, supporting several of their initiatives including the Halal Food & Essential Items Bank, the Sunday Lunch in Regent Park, and the Project Ramadan Baskets programs. 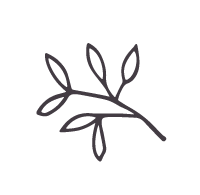